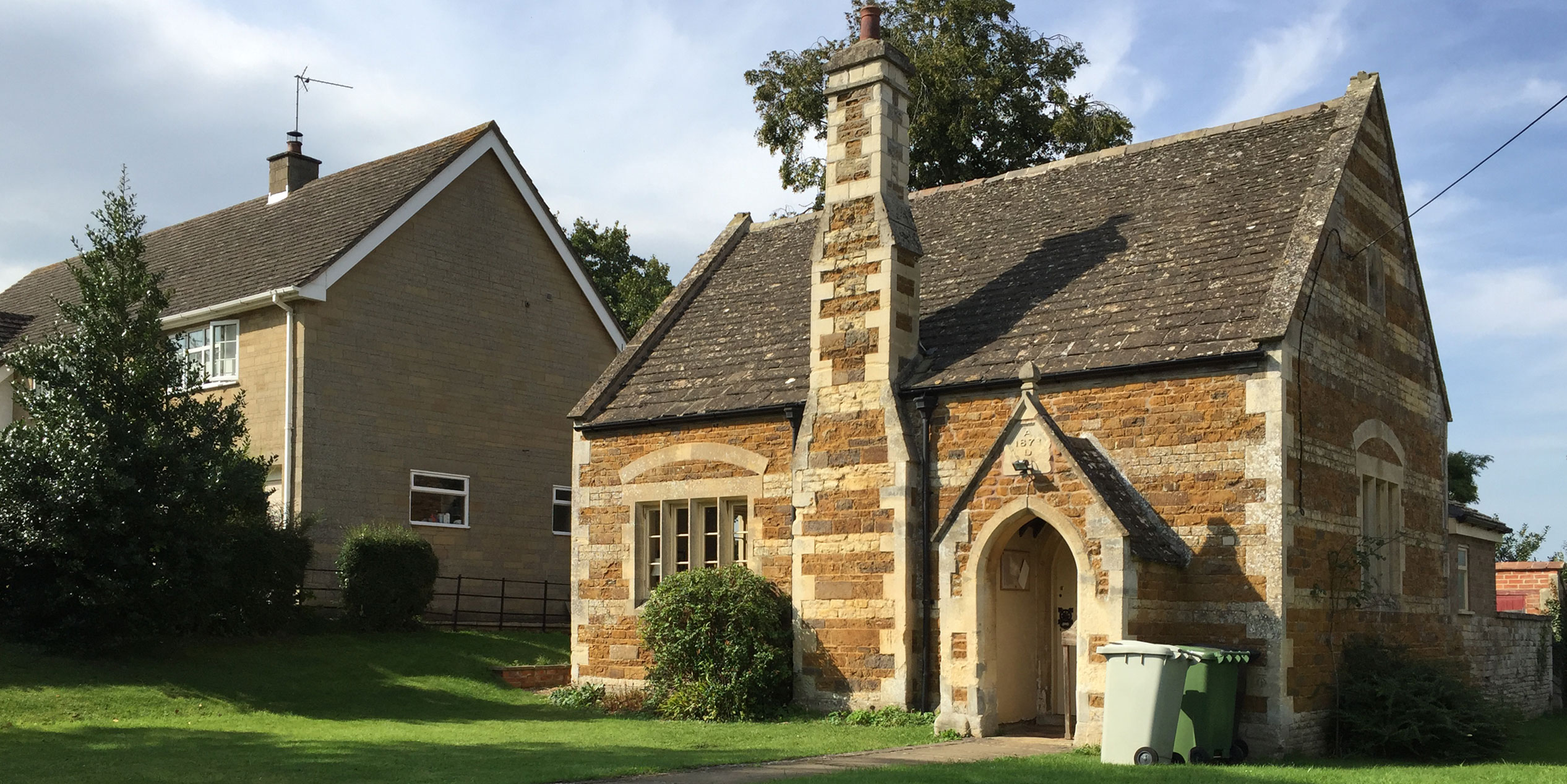 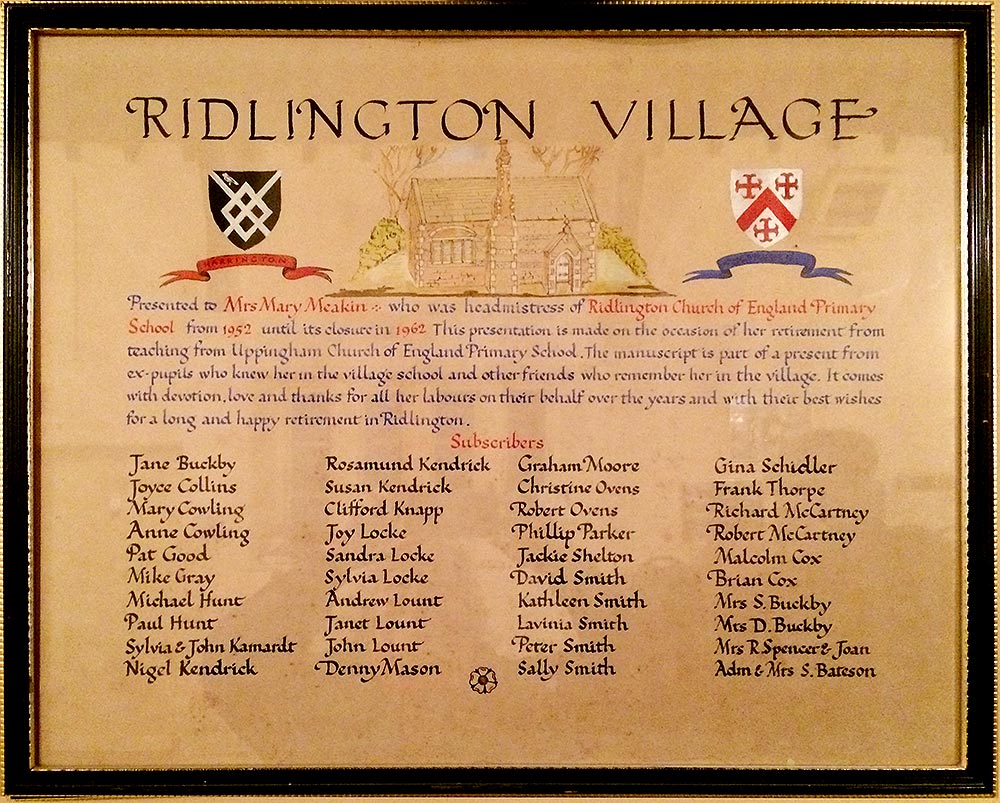 The Ridlington Village Hall on Main Street was built in 1873 and was originally the Ridlington Village Primary School. The Diocese of Peterborough made it over to the Parish Council in 1964 when the school closed. Many of the villagers still remember spending happy childhood days there in this small but lovely building.

A committee, some of who are also trustees, manage Ridlington Village Hall on behalf of the Parish Council who use it for their various meetings. The Hall is registered with the Charities Commission on whose website the Trustee names and the Hall accounts are published.

The Committee meets informally, approximately six times per year and publishes their annual financial report at its public AGM prior to that of the Parish Council’s AGM which is in May. During these meetings the parishioners voice their comments, express their views and raise questions to which the Committee respond.

The Village Hall, which plays an important role in community life, has recently undergone internal refurbishment thanks to the goodwill and support given by the villagers.

The Committee seek and always welcome new members and relies on the input of new ideas and expertise that is vital in maintaining the Hall as a community asset and the focal point for the village.

The annual running cost of the Village Hall including utility and insurance costs is raised by fundraising events organised by the committee and through bookings by individuals and local government. Fixed events currently include coffee mornings and an annual quiz night.

In the past the Village Hall conducted a weekly lottery which was generously supported by the villagers. This eventually resulted in the funding of the Hall’s internal refurbishment which included resurfacing of the floor, improved heating and lighting, a new kitchen arrangement, plus new seating and a mobile drinks bar. This work was completed in 2019.

A small reserve has been retained for unforeseen maintenance and repairs.

The financial accounts are currently published annually during the Village Hall and Parish Council AGMs.

Up and Coming Events

This site uses cookies. By continuing to browse the site, you are agreeing to our use of cookies.

We may request cookies to be set on your device. We use cookies to let us know when you visit our websites, how you interact with us, to enrich your user experience, and to customize your relationship with our website.

Click on the different category headings to find out more. You can also change some of your preferences. Note that blocking some types of cookies may impact your experience on our websites and the services we are able to offer.

These cookies are strictly necessary to provide you with services available through our website and to use some of its features.

Because these cookies are strictly necessary to deliver the website, refusing them will have impact how our site functions. You always can block or delete cookies by changing your browser settings and force blocking all cookies on this website. But this will always prompt you to accept/refuse cookies when revisiting our site.

We fully respect if you want to refuse cookies but to avoid asking you again and again kindly allow us to store a cookie for that. You are free to opt out any time or opt in for other cookies to get a better experience. If you refuse cookies we will remove all set cookies in our domain.

We provide you with a list of stored cookies on your computer in our domain so you can check what we stored. Due to security reasons we are not able to show or modify cookies from other domains. You can check these in your browser security settings.

These cookies collect information that is used either in aggregate form to help us understand how our website is being used or how effective our marketing campaigns are, or to help us customize our website and application for you in order to enhance your experience.

If you do not want that we track your visit to our site you can disable tracking in your browser here:

We also use different external services like Google Webfonts, Google Maps, and external Video providers. Since these providers may collect personal data like your IP address we allow you to block them here. Please be aware that this might heavily reduce the functionality and appearance of our site. Changes will take effect once you reload the page.

The following cookies are also needed - You can choose if you want to allow them: