Another wide-ranging selection this month introducing me to authors I had not previously read.

The first, “The Human Stain” by Philip Roth is one that I heartedly recommend and I will be on the lookout for others by this author.  It is set in the late 1990’s, in the time of President Clinton’s impeachment hearings and the scandal over Monica Lewinsky and the frenzy of prurience that released.  The story is narrated by Nathan Zuckerman who acts as an observer of the slowly revealing story of Coleman Silk, a retired professor of classics.  I thought the book not only well-written but a fascinating exploration of American morality and its effects.

Another American writer for the second offering of the month – “A Sinclair Lewis Reader – Selected Essays and Other Writings 1904 – 1950”.  You may have heard of him because he topped the Amazon best-selling books list in the aftermath of the 2016 US election with his 1935 dystopian satire “It Can’t Happen Here” detailing life after the election as President of a fascist.  Having turned down the Pulitzer Prize, Lewis became the first American writer to receive the Nobel Prize for Literature “for his vigorous and graphic art of description and his ability to create, with wit and humour, new types of characters” ably demonstrated in this selection of his writings providing critical views of American capitalism and materialism between the wars.  Particular highlights for me were “Gentlemen, This is a Revolution” and “Cheap and Contented Labor”.

If you are interested in any of the books, please contact Debra Thatcher on 01572 823910 or by email debrathatcher@hotmail.com.

I have registered to take part in the ‘End to End’ Land’s End to John O Groats Virtual Run (874 miles) and hope to raise money for Cancer Research and Church Funds. The event started on October 26th and ends up to 12 months later.

“I have now clocked up over 750 miles (approx. 125 left to go) and my position has improved to 407th out of 1,934 starters. I am now approaching Inverness so will hopefully have arrived at my final destination by the time the June magazine reaches you. I have now set up JustGiving, so if you would like to sponsor me for either of the 2 causes above, I would be truly grateful. Warm wishes, Anne”

Thank you for your continued generosity to the Rutland Food Bank.  In the past year over 1800 people including 800 children have been fed.

Collections in May will be on Wednesday, 12th and Wednesday 26th.  The boxes are in the church porch. 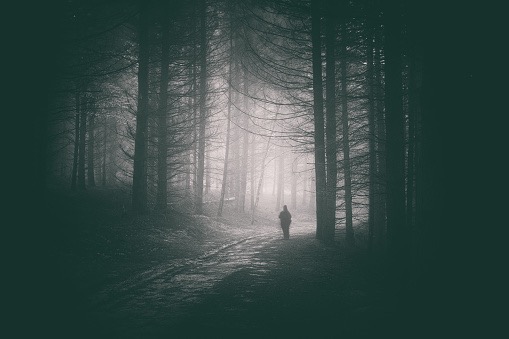 Ridlington is going all St Mary Mead in September! In the midst of stunning whodunnit floral displays we will present a one act play entitled “Death at the Deanery.” Mystery and shenanigans and the usual troop of Agatha Christie characters will abound in the Deanery household. Will you, our brave audience, solve the puzzle before all is revealed?

More details to follow in next month’s magazine. So, watch this space and watch your step….!! 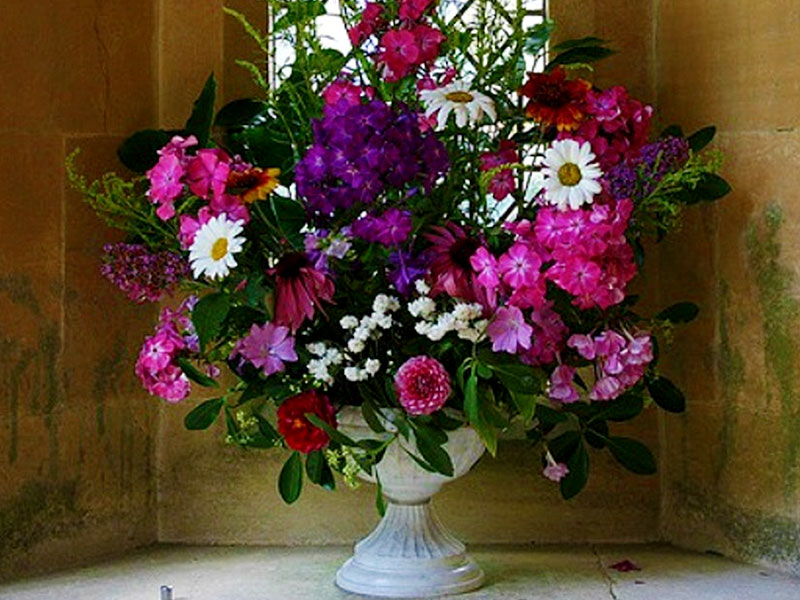 Anyone who reads the book reviews will know that I am fond of whodunits.  Having been introduced to the works of Agatha Christie at the age of 11, I have been hooked for life!

To celebrate 100 years since the publication of Agatha Christie’s first novel and her great detectives Hercule Poirot, Jane Marple and the Beresfords (Tommy and Tuppence) we are staging a flower festival in September based on her works.  Re-reading the novels has been one of my lock-down projects so I have plenty of ideas – if you would like to help please contact me.

After so many colourless months it was wonderful to see the beautiful Easter flowers in church. Thank you so much to the rota team members for the lovely displays.

I am happy to say that we can now continue with the rota.

Thank you for your much valued help in making our church so welcoming.

Church services in the Rutland Water Benefice have recommenced. Please see the magazine for details. Meanwhile Ridlington church will still be open on Wednesdays and Sundays for private prayer 10am-4pm;

We are seeking new members and a Treasurer for our Parochial Church Council (PCC). If you are interested in finding out more about the role, please contact any of the current members: Bart Hellyer; Margie Wall; Louise Fox; Richard Thatcher; Andy Hoult; David Harvey; Anne Harvey. This is a great opportunity to be involved in a range of aspects and decision making about the church, including its future development.

Following suggestions and discussions a new sound system will shortly be provided for the church. Thank you to Graham Madgwick for his advice and support;

Church coffee mornings will be starting again soon – details will be in the June magazine.

I have registered to take part in the ‘End to End’ Land’s End to John O Groats Virtual Run (874 miles) and hope to raise money for Cancer Research and Church Funds. The event started on October 26th and ends up to 12 months later – I am pleased to say that I am making great progress and well ahead of schedule.

If you would like to sponsor me for either of the 2 causes, please email or message me. And a huge thank you for those cheques already received 😊

“I have now clocked up 600 miles (approx. 275 left to go) and my position is 559th out of 1,934 starters. I am now fast approaching Loch Lomond and the Trossachs Country Park. This is an amazing way of travelling the length of the country whilst staying local! Please give me a wave when you see me out walking…”